Immigration to Germany – The Complete Guide to Moving to Germany 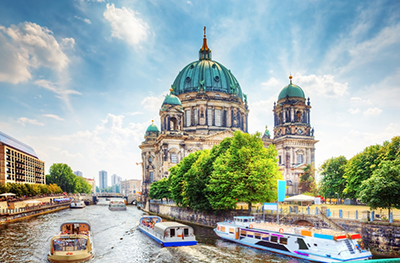 Migration of Indian students & researchers to Germany in search of new pastures is nothing new. As per a study conducted on migration to Germany, India was the second most important country of origin of international students and the most important country of origin of high-skilled migrants in Germany in 2015. The study found that the number of Indian migrants from India living in Germany more than doubled from almost 32,000 in 1990 to 68,000 in 2015.

Though migration to Germany is not a new phenomenon to Indians, there has been a recent change in trend towards longer stays of both international students and high-skilled migrants from India in Germany. Understanding this trend both the Indian & German governments have decided to sign a migration and mobility agreement, facilitating two-way movement of international students, professionals, and researchers.

With migration to Germany all set to take a paradigm shift, we have decided to pen down this detailed guide on migrating to Germany from India.

What are the different ways to migrate to Germany?

Like most European countries, Germany is also very strict when it comes to migration. For the German government to accept your migration to Germany you need to have a valid reason such as

Now that we have discussed the five valid reasons which the German government accepts, let’s have a detailed look at each of them.

Contrary to popular opinion, Germany is a county that is facing an shortage of manpower. As of 2021, Germany had reported a shortage of skilled workers and highly qualified people and are continually looking for engineers, IT professionals, medical workers, and other qualified professionals. This explains why the German government have relaxed the stringent requirements to go to Germany and work.

The Skilled Immigration Act is a new law which expands the number of opportunities for qualified professionals to come to work in Germany. Now, it is easier for skilled workers with vocational, non-academic training from non-EU countries to migrate to Germany in order to work.

What does it mean to job seekers?

German education is a dream come true for many. There is no contention to the fact that the numbers of post school aspirants are increasing than in the past. While it was the MS programs that were in the limelight, the attention of these aspirants has shifted to the undergraduate courses offered at German institutions.

Students can migrate to Germany and study there as long as they are admitted to a full-time course of study by a higher education institution & students can support themselves.

Know more about migrating to Germany for Education from India

Germany is one among the top business friendly ecosystems in the world. There are two ways of setting up your own business: you can either work as a freelancer (Freiberufler) or set up a business as a self-employed entrepreneur (Gewerbe).

If you would like to set up a business as a self-employed entrepreneur, you will have to apply for a residence permit for the purpose of self-employment. Though Germany entertains entrepreneurs, the visa process can get tricky as you have to submit a lot of supporting documents that proves

Read more about setting up a business in Germany

Depending on your length of stay and the requirements you fulfil, there are various types of German residence permits. In general, two residence permits allow you to stay in Germany for different periods.

1. Temporary Residence Permit – For stay up to 1 year

2. Permanent Residence Permit – To be allowed to stay in Germany for as long as you want to, you need to get the German Permanent Residence Permit. A permanent residence permit is also called the Settlement Permit or in German, Niederlassungserlaubnis. With a permanent residence permit, you can work in Germany and travel in and out of the country whenever you need.

The four ways mentioned in this article are the most popular migration options to Germany. Out of which the one with high probability of success is German Migration for Education. For more information on the eligibility criteria, application procedure, or course selection, feel free to reach out to our student success team for a free consultation.